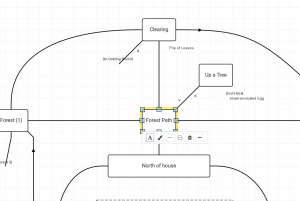 A map being drawn in Trizbort.io 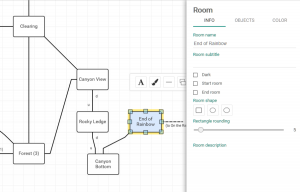 Styling a map in Trizbort.io

Trizbort.io is a browser-based web app that allows users to draw adventure game maps online. Maps can be saved locally, exported as images, and code can be generated from them for TADS 3, Inform 7, Alan and Quest. It supports line and room styles as seen in the old Infocom Invisiclues packages.