From IFWiki
(Redirected from TAB)
Jump to: navigation, search

thinBASIC Adventure Builder a.k.a. T.A.B. is a free text adventure or interactive fiction creator for Windows XP and above.

T.A.B. was created by Philip Richmond, and replaces his previous authoring system, the Creative Adventure Toolkit (a.k.a. C.A.T.).

TAB operates on similar principles to popular 80's 8-bit retro adventure creators such as STAC, GAC, CAT, Quill or PAW.
It has been developed with the thinBASIC scripting language.
Some Screenshots here
Version History Change Log: here
Only the freely distributable 'TAB Player' is needed to run any TAB games made using the TAB Editor.
Sound and music supported: mp3, ogg, wav, aiff, mod.
Graphics supported: jpg, gif, bmp, png.
Check out this standalone example demo text adventure, "Sands Of Egypt", which also shows how an adventure can be auto-loaded and run in the TAB Player.
here

The TAB Programs runs on Windows XP and above. After unzipping read the text files and user tutorial for further information on how to use the TAB. Run the "TAB_Editor" or "TAB_Player" applications to begin using TAB.

[Special Note: When starting the program(s) it's possible that some virus checkers may produce a "false-positive" warning. You may need to tell your antivirus software to create an 'exception' for the game app(s) in order to allow it to run] 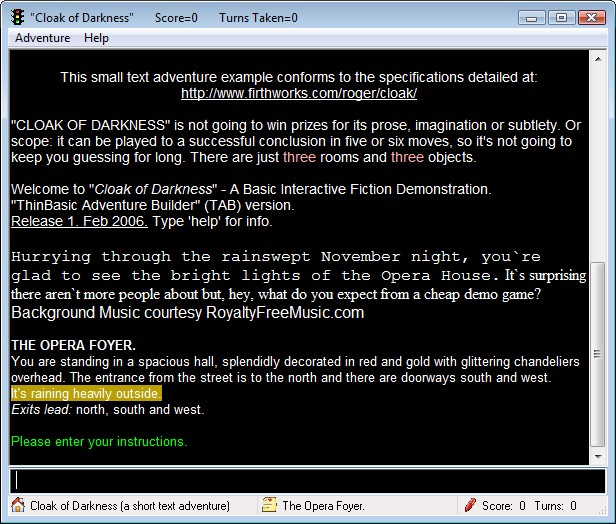 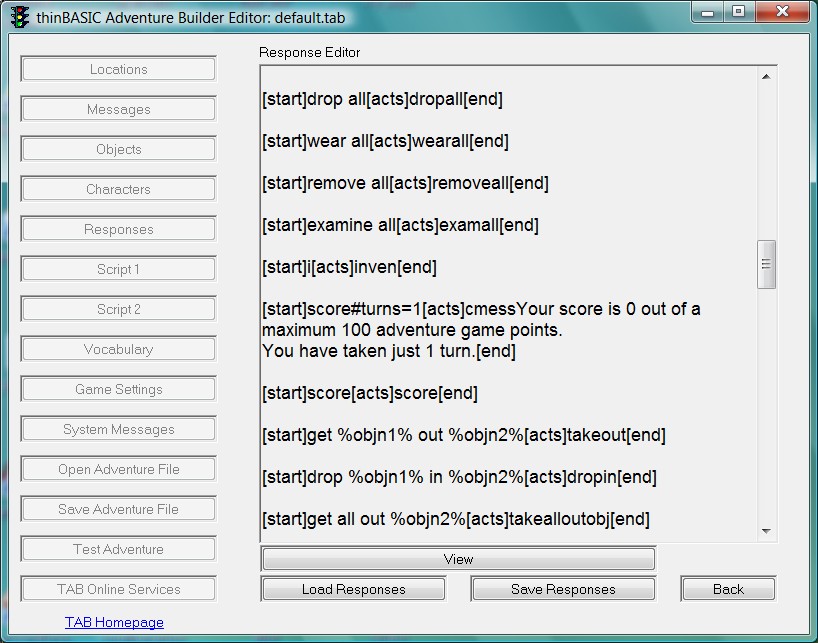 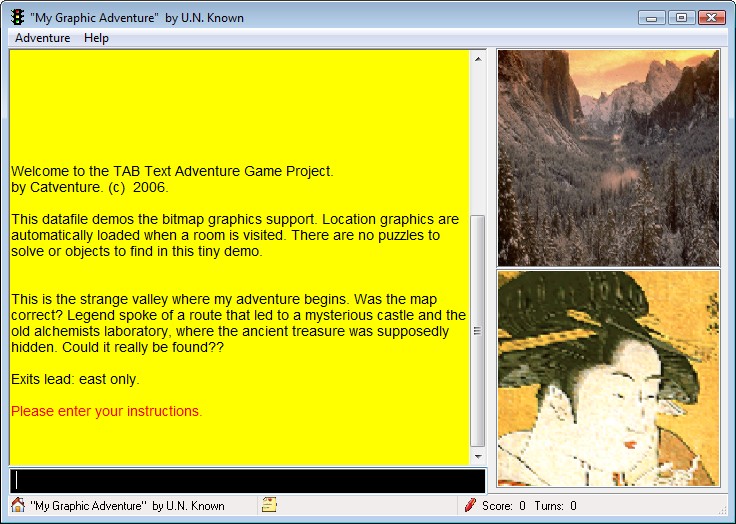 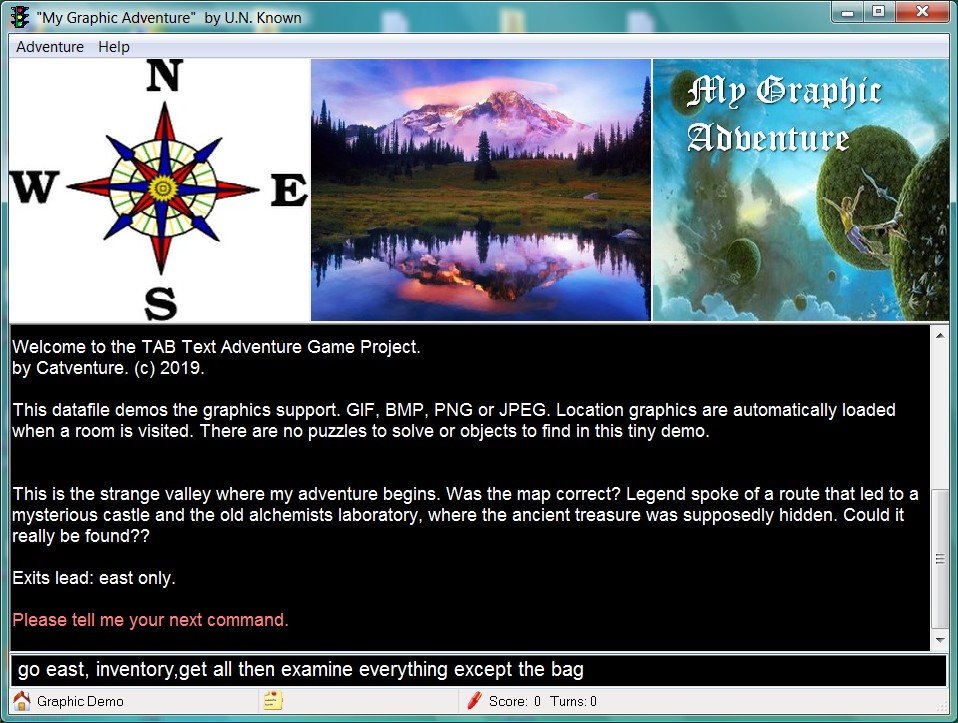