Difference between revisions of "Brass lantern" 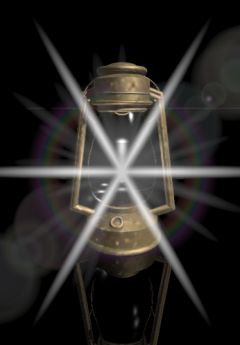 Among the first inventory items acquired by players of Zork I in their quest was an old battery-powered brass lantern. It proved to be among the most critical objects in the game, for it was the PC's most trusted light source, the key to several of the game's puzzles, and sometimes the only protection from the deadly adventurer-eating grues. Similar lanterns were featured in almost every subsequent Zork game, and the brass lantern has since become an icon of Interactive Fiction. Although Zork described it only as "a battery-powered brass lantern," it is almost universally depicted as a storm lamp of the type shown here.

The lantern almost invariably features as part of a light puzzle of the light-darkened-areas type.

This article is a stub. You can help IFWiki by expanding it.
TODO: There must be more to say about such an iconic symbol of the medium
Retrieved from "https://www.ifwiki.org/index.php?title=Brass_lantern&oldid=10703"
Categories: