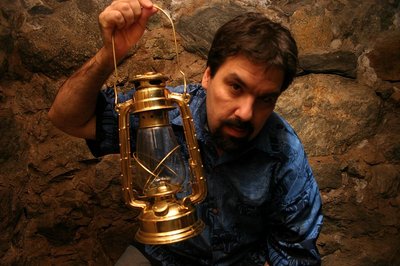 Jason Scott is a digital historian and archivist who specializes in early microcomputer history and dial-up bulletin board systems. He is the webmaster of textfiles.com, a collection of BBS-era textfiles that has been open to the public since 1998. In 2001, he began filming a documentary about BBSes called "BBS: The Documentary", an 8-episode mini-series about BBSes spanning 25 years and totalling five and a half hours in length. This documentary series was released on 3 DVDs in early 2005. He has been playing text adventures since he was 10, and to this day does not understand why the rod scares the bird.