Puzzlon is directly inspired by Ron Gilbert's blog post on Puzzle Dependency Charts, and how they were used in the creation of Monkey Island.

The purpose of a puzzle dependency chart is to be able to visualise the dependencies of puzzles in a game for the purposes of working out bottlenecks, over-linearity, or over-non-linearity.

A Minimal Example (The Cave of Magic) 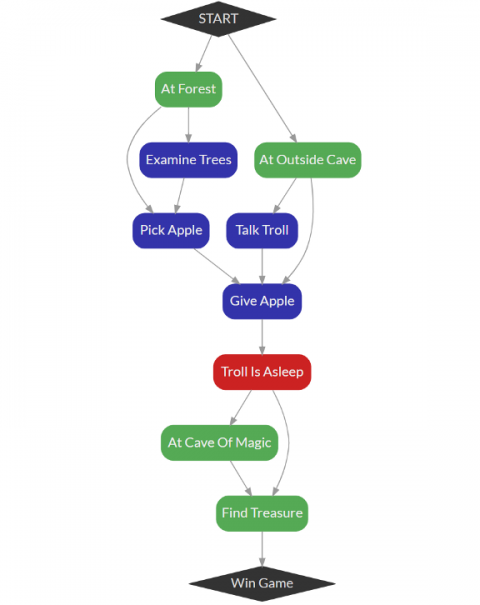 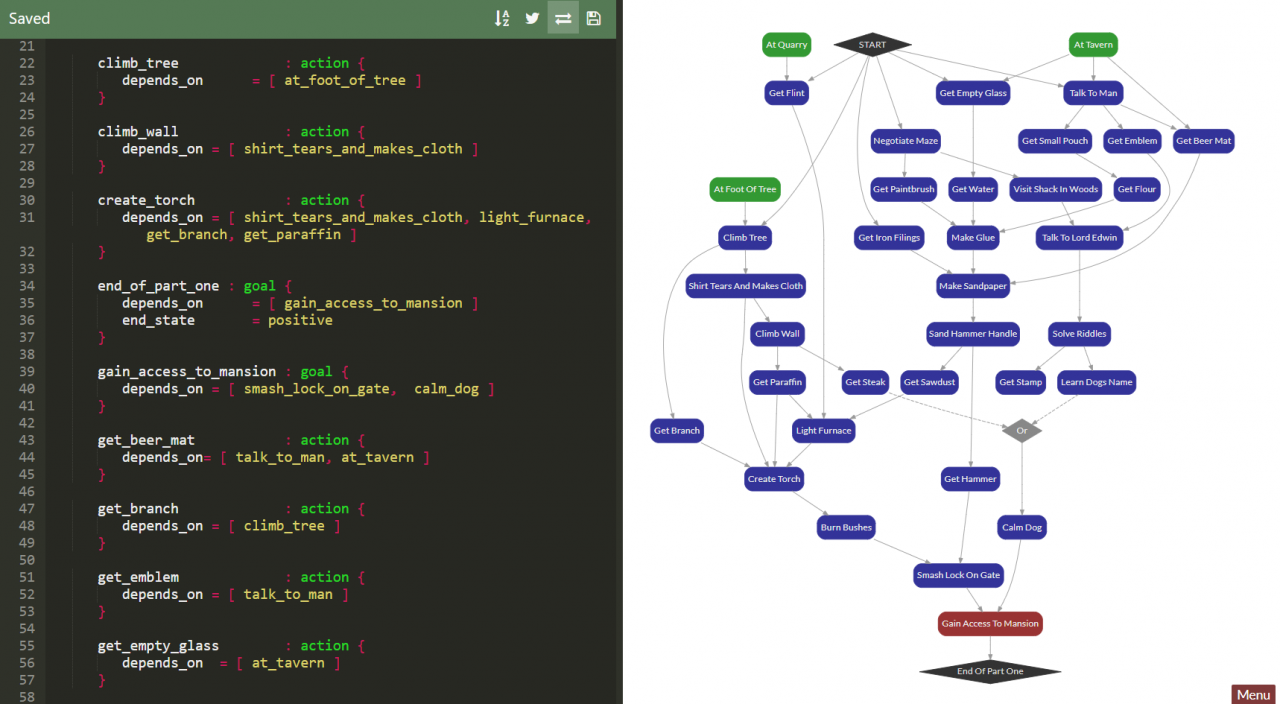 A good puzzle-centric traditional text adventure game tends to have:

(See 'The Beast' at the bottom of this page as an example of exactly this structure, see if you can identify the pre-game, main-game, and end-game segments).

The Beast of Torrack Moor Puzzle Dependency Chart (Spoilers Ahead) 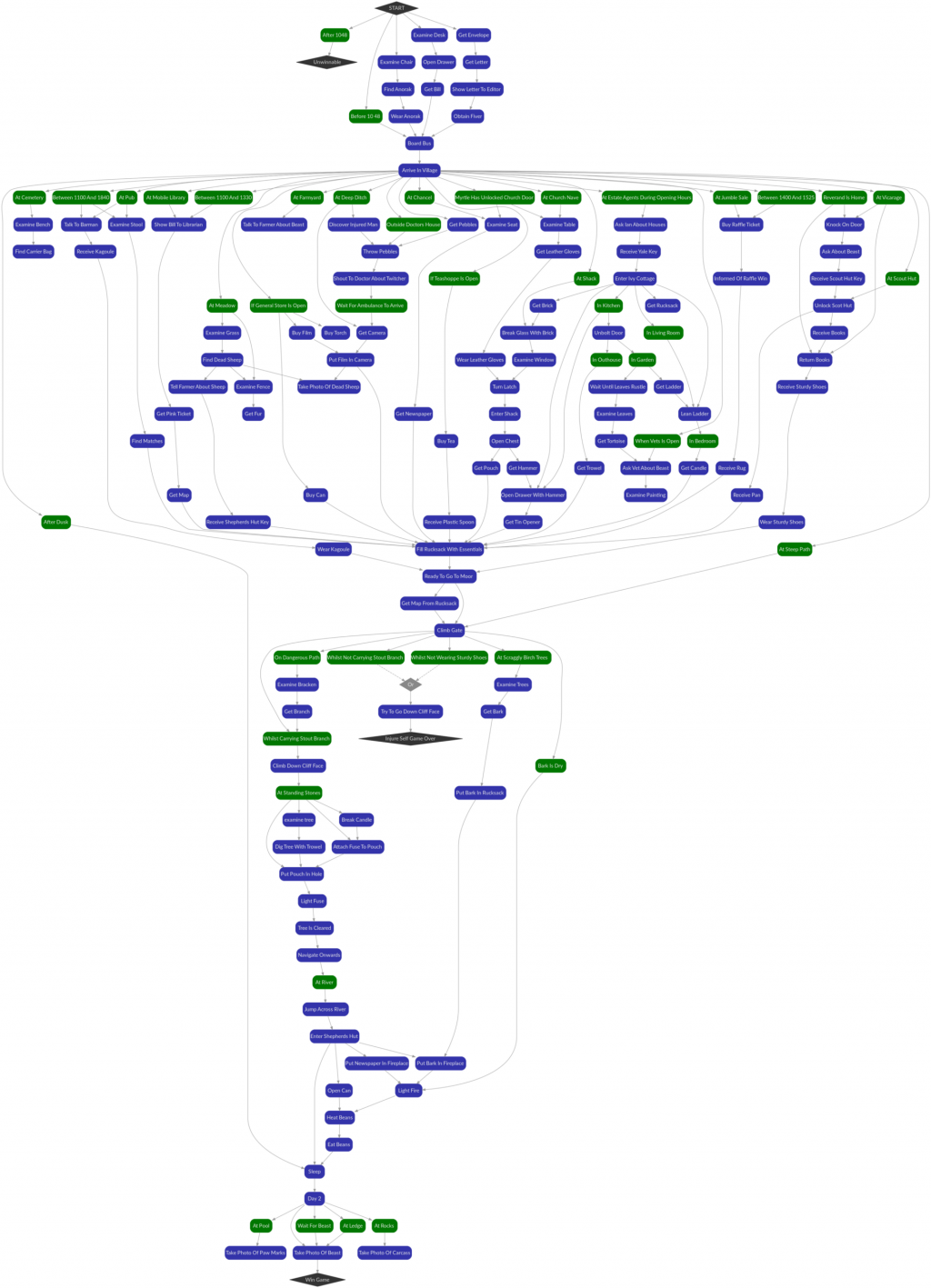