Since its first release in early 2019, dMagnetic is a Magnetic Scrolls interpreter for modern devices. Its main goal is being as portable as possible, and can be found in various operating systems as a pre-compiled package. Instead of relying on graphical libraries such as GTK, QT or SDL, it is designed to run the games in a terminal window.

Being an interpreter, dMagnetic needs the original game binaries to play them. Since release 0.32, it is capable of reading them in one of the following formats:

Magnetic Scrolls was known for its beautiful graphics. dMagnetic is capable of displaying them, on its own, in the terminal window.

For example, to play Jinxter on Debian: 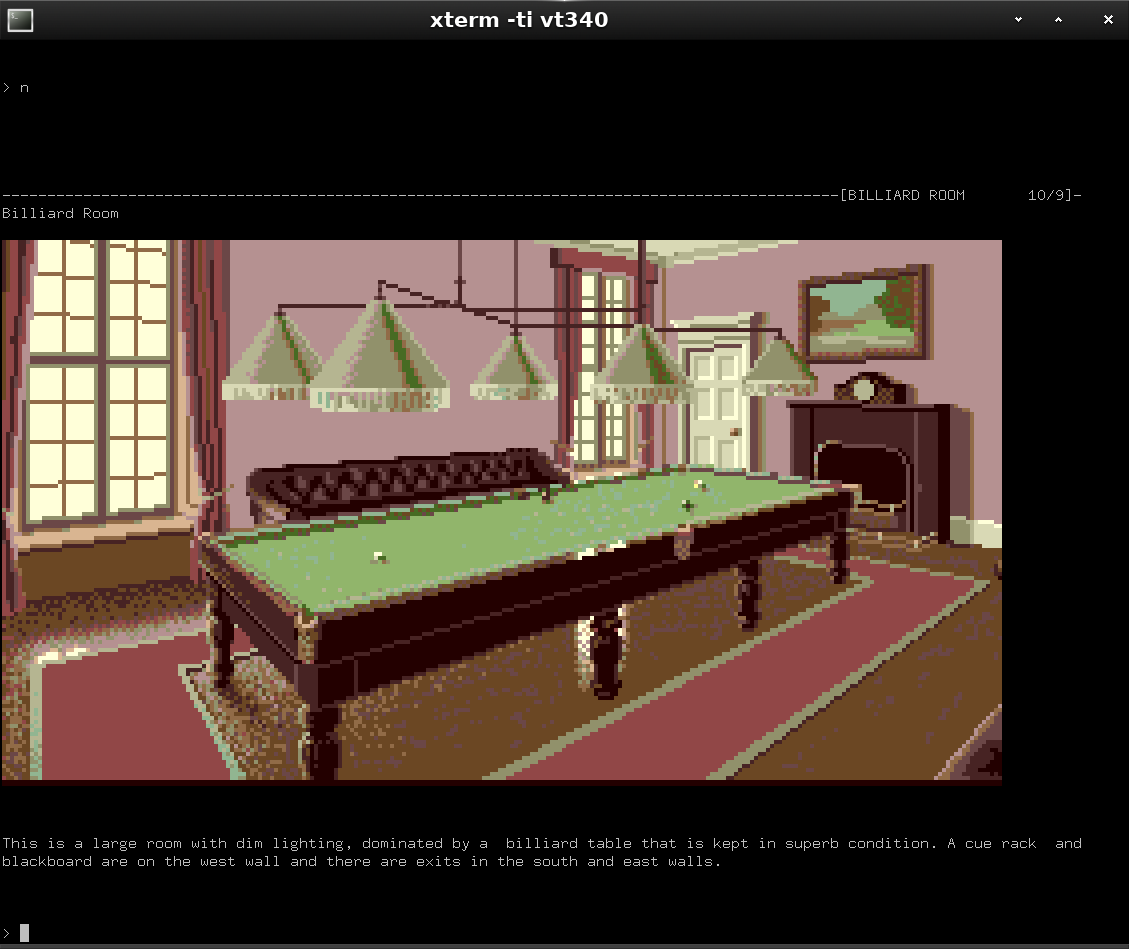 dMagnetic 0.23, running "The Guild of Thieves" in sixel mode.

dMagnetic 0.23, running "The Guild of Thieves" in low ansi mode.