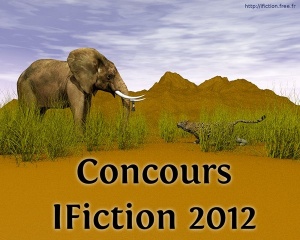 French Minicomp 2012-2013 is the 8th French competition in this series. The organizer is Eric Forgeot, also known as Otto Grimwald. The competition logo was created by Benjamin Roux. The themes were proposed by Stormi and Benjamin Roux.

Due to delays and a forecast of low participation, the Minicomp 2012 was pushed back to 2013; authors who wanted to enter the 2012 Comp did not release their games and waited for 2013.

The complete rules (in French) are there.