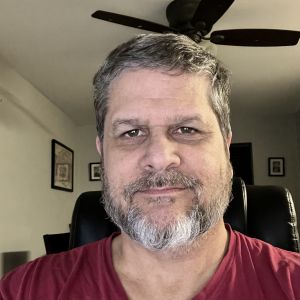 David Cornelson once tried to build an IF publishing company called Textfyre That endeavor is now closed. Some of the remnants of Textfyre include web-based platform tools for Inform 7 using Glulx-TypeScript, FyreVM-Web, and TypeScript, and ReactJS. His IF related endeavors remain on hold until he has time and resources to work on stories and tools.

Note: David 's nickname is Dave on ifMUD; formerly, it was Jarb.

As a cameo appearance: