Browse The Annual IF Competition by year:

Or by other features: 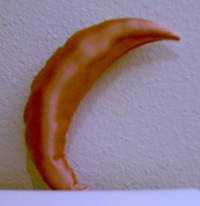 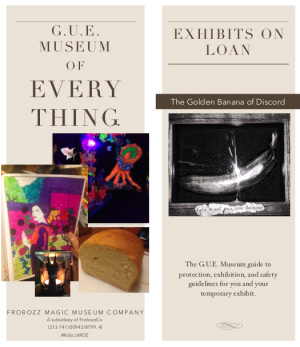 Paperwork accompanying the 2016 version of the Golden Banana of Discord. 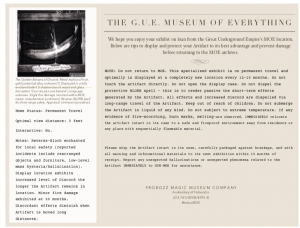 Paperwork accompanying the 2016 version of the Golden Banana of Discord.

The Golden Banana of Discord is a special prize awarded to the IF Comp game whose scores have the highest standard deviation.

Physically, it is a crescent of gold cloth stuffed with cotton. You can see a picture of the original banana here. Andrew Plotkin created the first 'teddy banana' and donated it to the 6th Annual Interactive Fiction Competition (2000).

The banana was originally just a normal prize, and in 2000 it was chosen by Brendan Barnwell, author of The Big Mama. Brendan redonated the banana back to the IF Comp in 2001 with the standard deviation stipulation. Winners of the banana are expected to re-donate it back to the competition in the following year.

In 2005, a new banana—The Golden Banana of Discord, Mark II—was donated to the competition by Daphne Brinkerhoff and Greg Boettcher. This banana had a website (archive) (sadly the pictures seem lost).

In August of 2016, author Hanon Ondricek received a mysterious package in the mail with postmarks from all over the world containing what is purported to be the actual Golden Banana, which is a traveling exhibit from the "GUE Museum of Everything". You can see pictures here and here. The artifact was apparently mailed after his GBD win in 2013, but only recently reached its destination. It has been offered THE BANANA DECIDED TO TAKE A WELL-DESERVED VACATION as a prize in the 2016 IFComp (IFComp blog announcement).

After that banana's escape, latterly Bananagrams has reportedly been awarded.

Winners of the Golden Banana of Discord